Bloodworms are a type of larvae that can be found in pools and ponds. They are named after their bright red color and used by aquarists all over the world as fish food. In the wild, almost every fish species eats blood worms or other larvae, which means even the pickiest eaters should usually accept it. In fact, some fish species won’t eat pellets or flakes at all and should be raised on a diet of live and frozen foods – including blood worms! 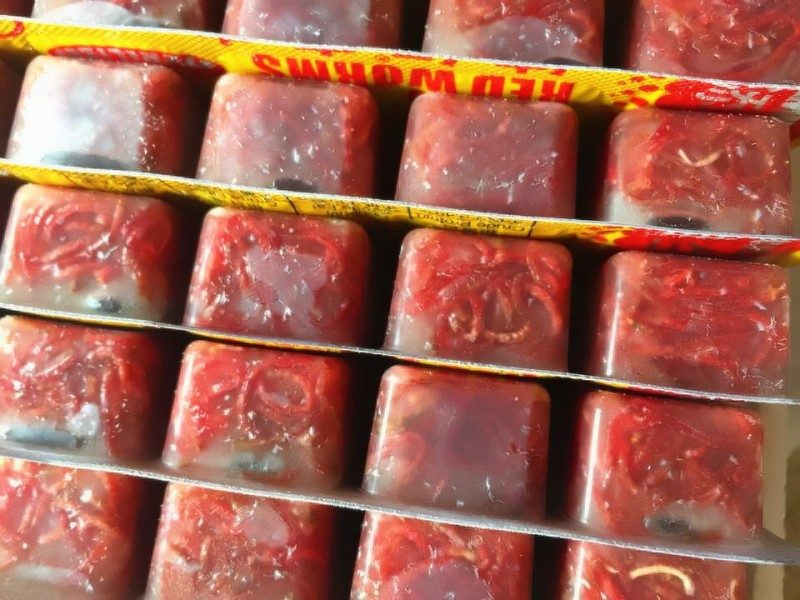 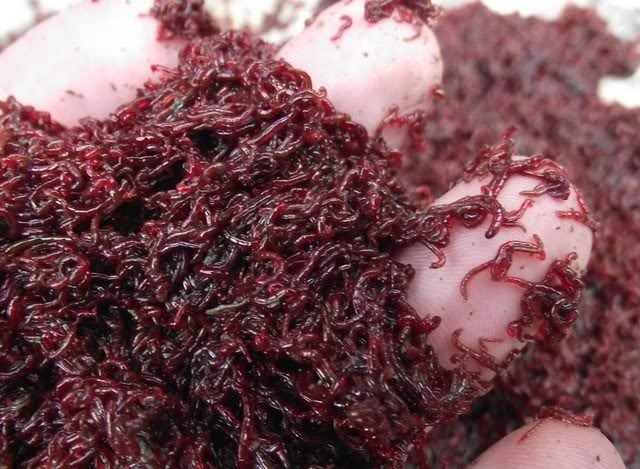 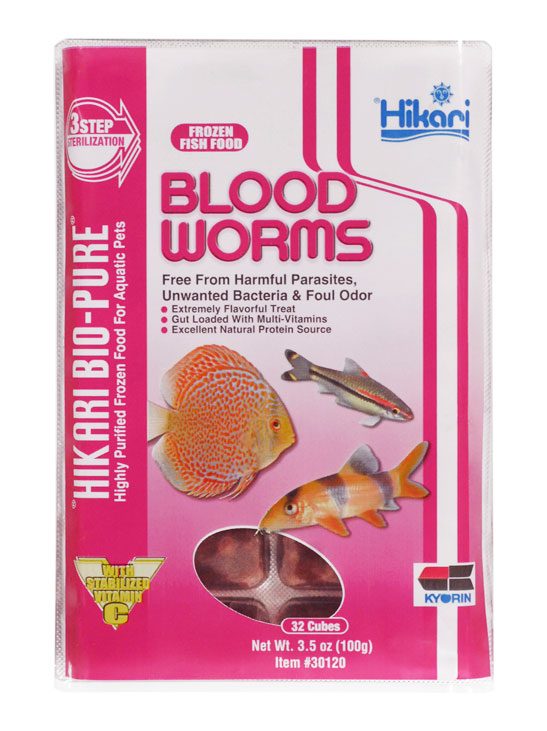 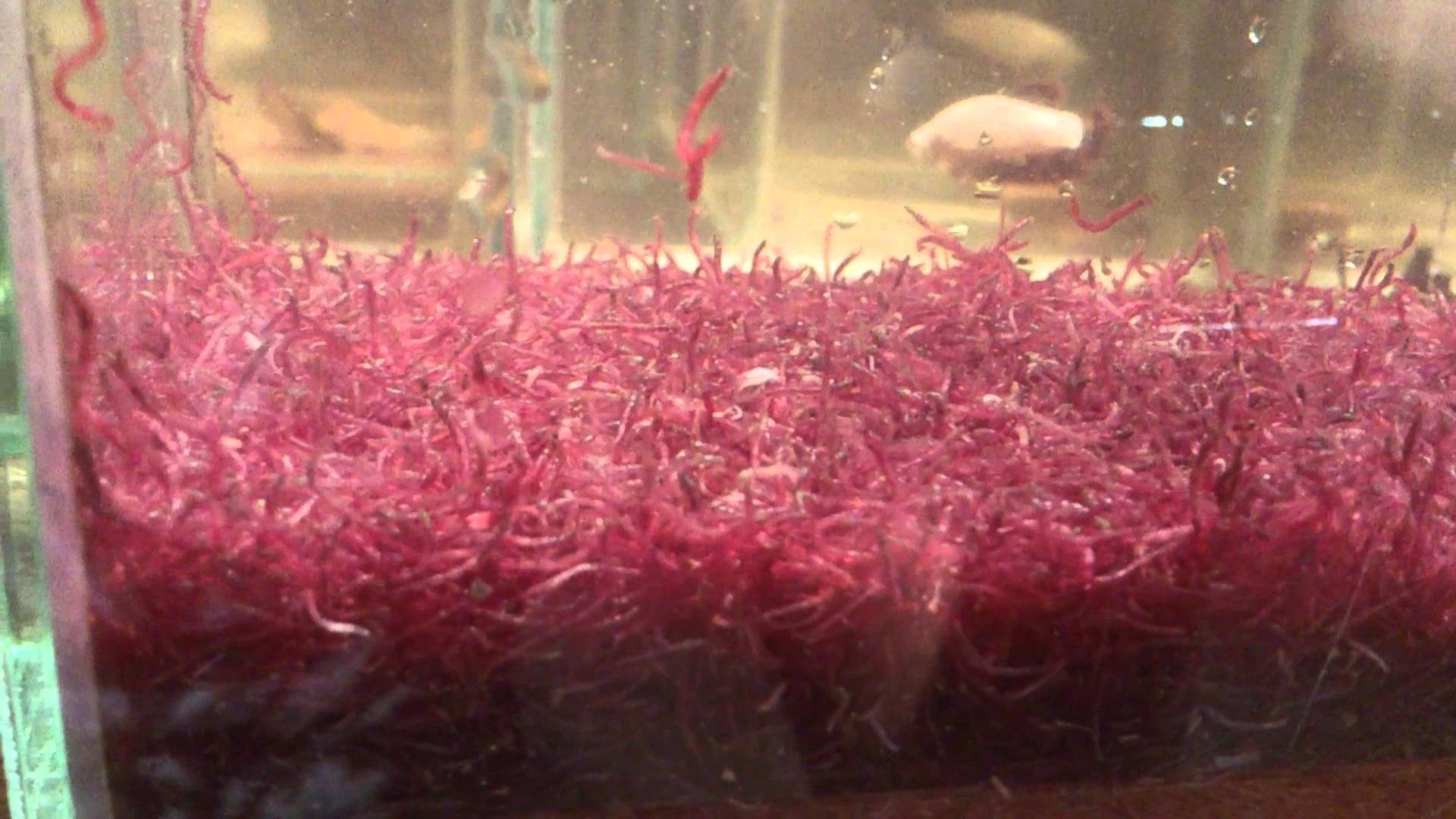 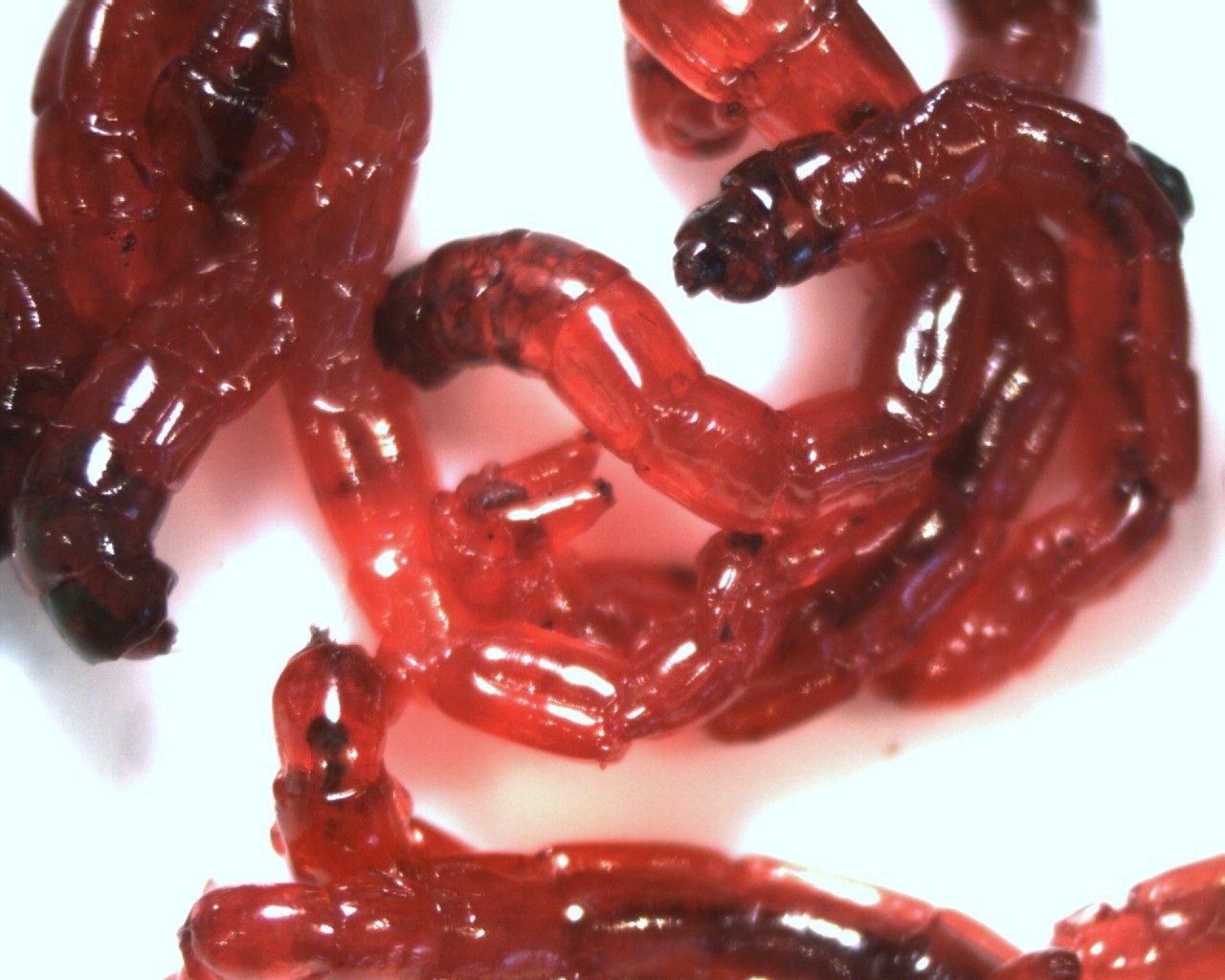 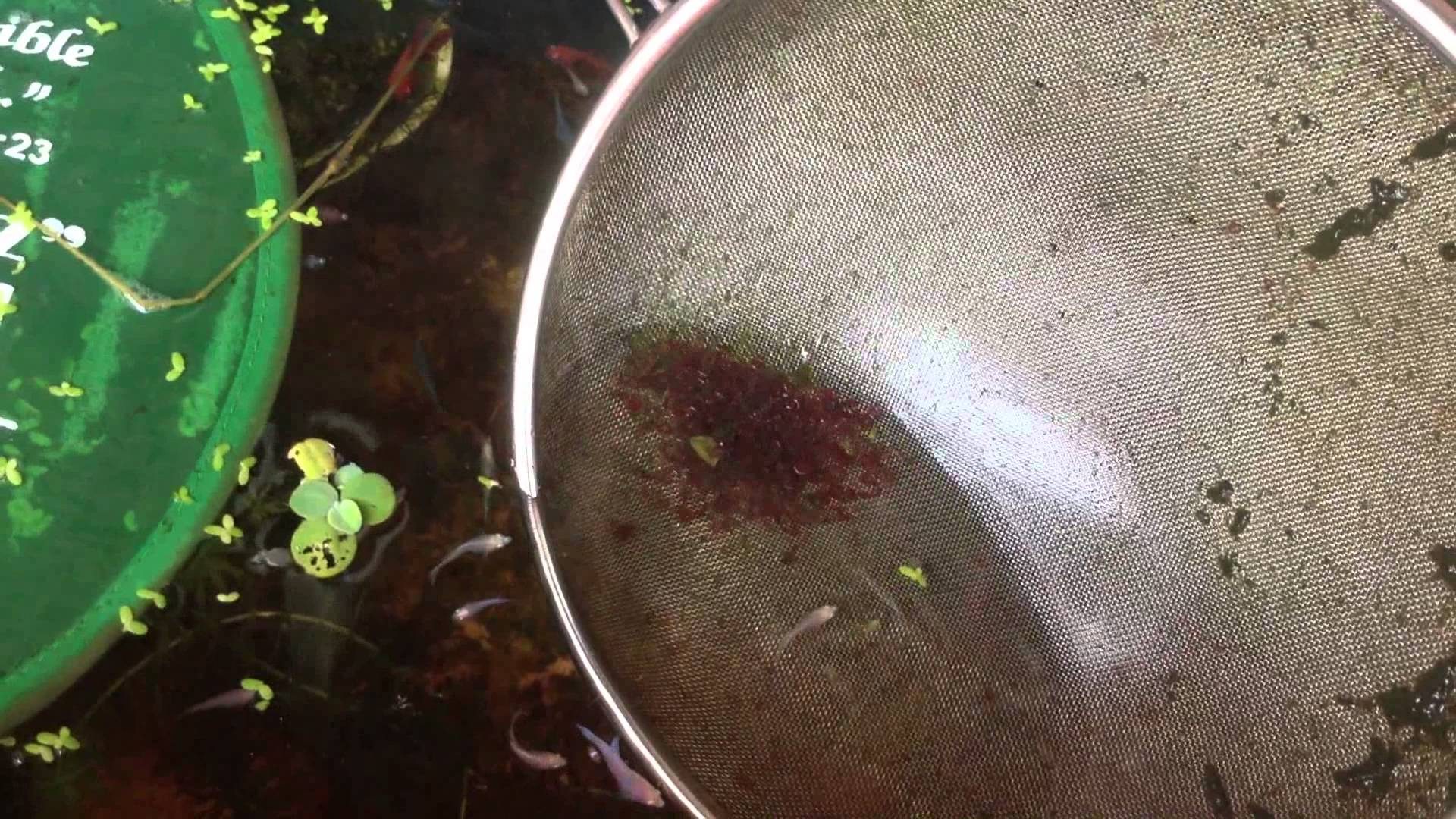 Bloodworms are available as fish food in four different varieties. While they’re not the best choice of primary food supply, I’d definitely recommend including them in your feeding schedule because they are rich in iron and great for variety. Fish will often go crazy over them, which is very amusing to watch!

Live bloodworms are favored by the fish themselves and will bring out their natural ‘hunting instinct’. When using these, be sure to discard the water they came in and rinse them thoroughly to minimize the chance of disease. To prevent the worms from escaping all over your aquarium, you feed them to your fish using a feeding cone!
You can find live bloodworms for sale in many aquarium stores and possibly also in bait shops. Just be sure to only buy from a source you trust! If you don’t want to buy from a store, raising bloodworms yourself is also an option (discussed below).

Frozen bloodworms, usually cubes in blister packs, are not as entertaining to feed as live bloodworms but they make a convenient option that can be kept in the freezer for a long time. To feed frozen bloodworms, just thaw them in a little bit of water and then pour them into the aquarium or a feeding cone.
You can find frozen bloodworms for sale in most pet- and aquarium stores and they are also sold online.

Allergy warnings on bloodworm packaging are amusing to some, but please be aware that bloodworm allergy in humans is possible! If your skin becomes irritated after feeding them, you may be allergic to bloodworms and should wear gloves in the future.

Although raising bloodworms yourself may sound a bit odd (why not just buy them in the store?) it can be a great way to minimize the risk of parasites and diseases and a fun challenge for aquarists. It’s also not difficult. Below is some more information on how to raise bloodworms.

You can raise bloodworms yourself in food safe plastic containers with some garden soil at the bottom. A dark place like a shed is preferred! Bloodworm eggs can be found in stagnant water like ponds: just look for gelatinous egg sacs attached to plants. Once the eggs hatch, you can feed the bloodworms with farm animal manure or powdered foods. They should mature soon, after which you can catch them with a net. You should do this at night when they’re active and then rinse them thoroughly multiple times.

If you don’t just want to raise bloodworms but actually breed them for multiple generations, you have to let some of them mature into their adult fly stage (they look like mosquitos but don’t worry, they don’t bite!). If you keep the shed doors closed the adults should lay eggs in the bloodworm container. If they escape, no problem – they will likely just head to the nearest pond and you can collect the eggs there. 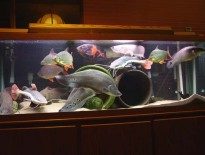 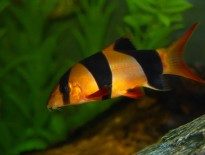