The clown loach is a tropical freshwater fish and it is also known as tiger botia and tiger loach. It is native to the islands of Sumatra and Borneo in Indonesia. The clown loach is commonly found in the flood plains of hilly areas. Adults are found mostly at the bottom of main river channels, often hiding under rocks, woods or in mud cavities while juveniles are often found in the floodplains. It prefers water with a temperature range of 75 to 85 °F, a pH between 6.0 and 7.5 and water hardness between 5 and 150 dH. Breeding adult migrates upstream into smaller tributaries to spawn annually during the wet season when some areas become temporarily flooded. 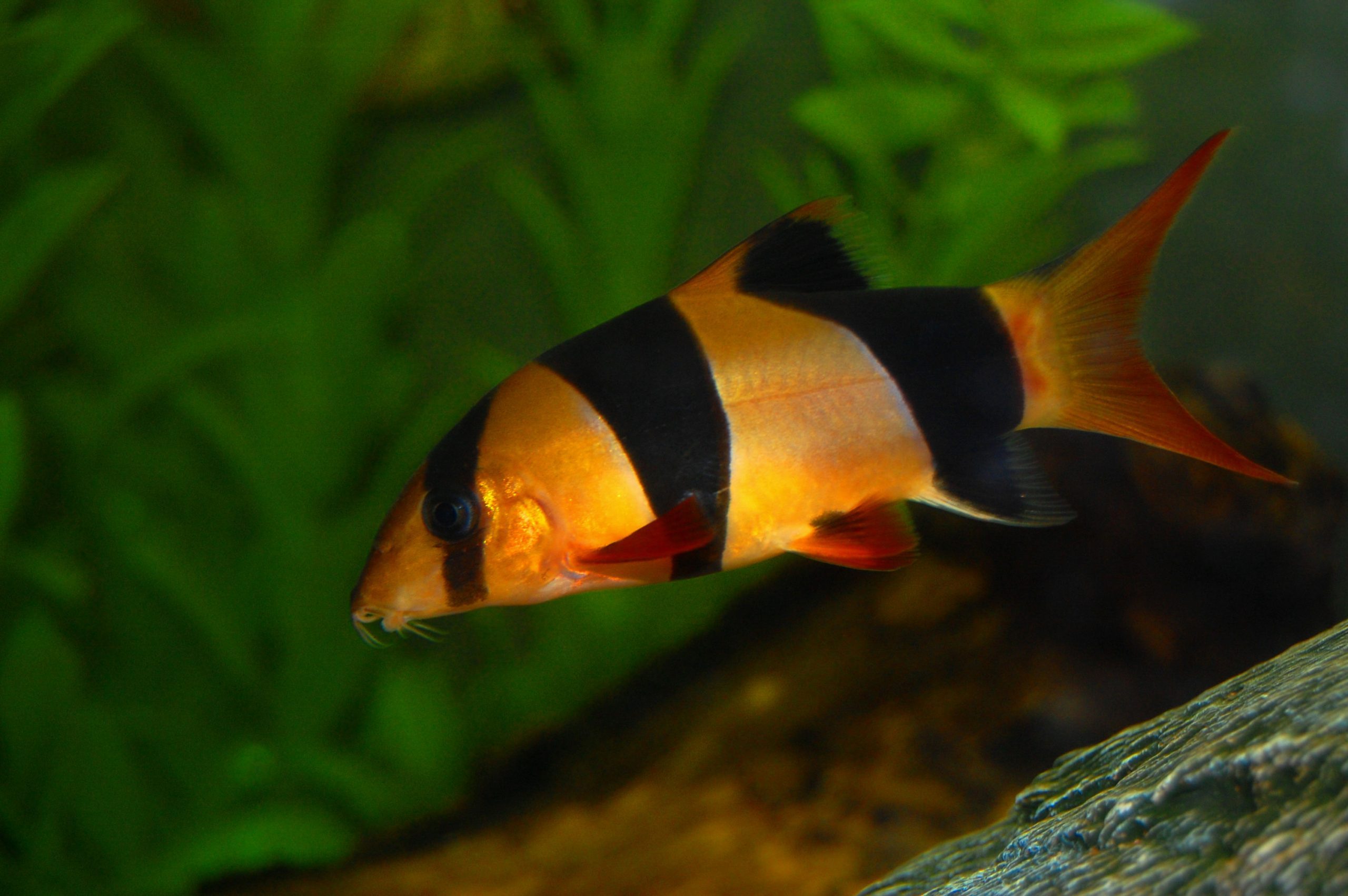 The clown loach was first described as Cobitis macracanthus by Dutch doctor, Ichthyologist Pieter Bleeker in 1852. In 1989, its scientific name was changed to Botia macracanthus. In 2004 the genus name was changed to Chromobotia by Swiss ichthyologist Maurice Kottelat. It belongs to the family Cobitidae under order Cypriniformes of class Actinopterygii. The genus Chromobotia is derived from the Greek word chromo meaning color and the regional Asian word botia meaning warrior or soldier. The species macracanthus is derived from the Greek word macros, meaning large and the Latin word acanthus, meaning thorny referring to the large spine below each of the eye of fish. The common name clown loach comes from the fish’s bright colors and stripes. It is not listed on IUCN Red Data Book as threatened species. 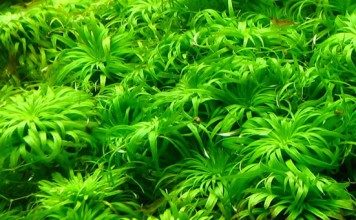 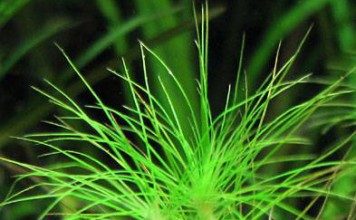 Tiger botia is an omnivorous and in the wild its diet consists of aquatic molluscs, insects, worms and other invertebrates. It also feeds on plant food including water plants with soft leaves. In captivity it accepts a variety of foods like vegetable flakes, live, frozen or freeze-dried worms, brine shrimp, Tubifex worms and banana or other plant matter such as cucumber, melon, blanched spinach or courgette. It also eats snails, including Melanie snail. Feed should be offered 2-3 times a day.

Clown loach is one of the most popular aquarium fish. It requires 75 gallons tank with subdued lighting, good water movement, a soft, preferably sand substrate and numerous hiding places such as rock-work or driftwood.  It is shy fish and the tank should have live plants. It is peaceful and gets along well with almost any tank mate. More suitable tank mates include peaceful, open water-dwelling cyprinids. It should not be kept with slow-moving, long-finned species such as ornamental Bettas, guppies and many cichlids.  It should not also be kept with shy or delicate fish. The tank should have efficient filtration systems with frequent water-changes.  25 – 50% of the tank water should be replaced at least once a month. If the tank is densely stocked 20-25% water should be replaced weekly or every other week.

In the wild clown loach spawns at the beginning of the rainy season in fast flowing rivers. This fish may become sexually mature at the age of 2-3 years. It is a migratory spawner and during spawning it moves from the main river channels into smaller tributaries with surrounding, temporarily inundated flood plains in rainy season. Migration starts usually in September and lasts till October, but these terms can change due to climate and weather changes. Spawning takes place in the river branches, in boggy upper reaches among reed grass.

Clowns loach rarely breeds in home aquarium. Breeding pair should be kept in a tank that is heavily planted with perfectly maintained water. Nitrates should be as low as humanly possible and the pH should be right around neutral. The parents should be conditioned with live food such as brine shrimp, Tubifex worms and should be fed several times a day. Females at this point begin to rapidly gain weight and after a few weeks of conditioning mating may take place. After spawning they should be removed from the aquarium and their eggs hatch within several days. After several days, the fry become free swimming and must be fed with baby brine shrimp or any of the other commercially available fry foods. After about two weeks they become large enough to accept powdered flake food and begin to grow very quickly.

It is differentiated by looking at their caudal fins. The caudal fin of male is bent slightly inwards making the fin look a little claw-like while in the female it looks more like a traditional caudal fin. The female is slightly plumper than male.

The clown loach is a popular fish in the freshwater aquarium trade and it is sold worldwide due to their nice coloring and bright individuality. It is a beautiful addition to the freshwater community aquarium. If you buy this gorgeous fish online from home see below online vendor and ask them details about your clown loach that I would recommend from.

Articles All about bloodworms