Fancy Guppy is a very popular freshwater aquarium fish for both beginners and experienced fish keepers. It is also known as Guppy, Fancy Tail Guppy, Millions Fish, Rainbow Fish, Fancy Guppy, Ornamental Guppy and Fancy Millions Fish. It is native to Venezuela, Barbados, Trinidad, northern Brazil and the Guyanas. It has now been introduced into many other countries as a means of malaria control, because they feed voraciously on mosquito larvae. It occurs in a very wide range of water bodies including canals, ditches, warm springs, turbid ponds, mountain streams or fast flowing rivers. They are usually found in waters that are quiet and densely vegetated. They can tolerate a wide salinity range and water temperatures ranging from 66 – 84°F. They often live in shoals  and in the wild, feed on detritus with algae and plant matter and also consume zooplankton, diatoms, invertebrates, small insects, and insect larvae. 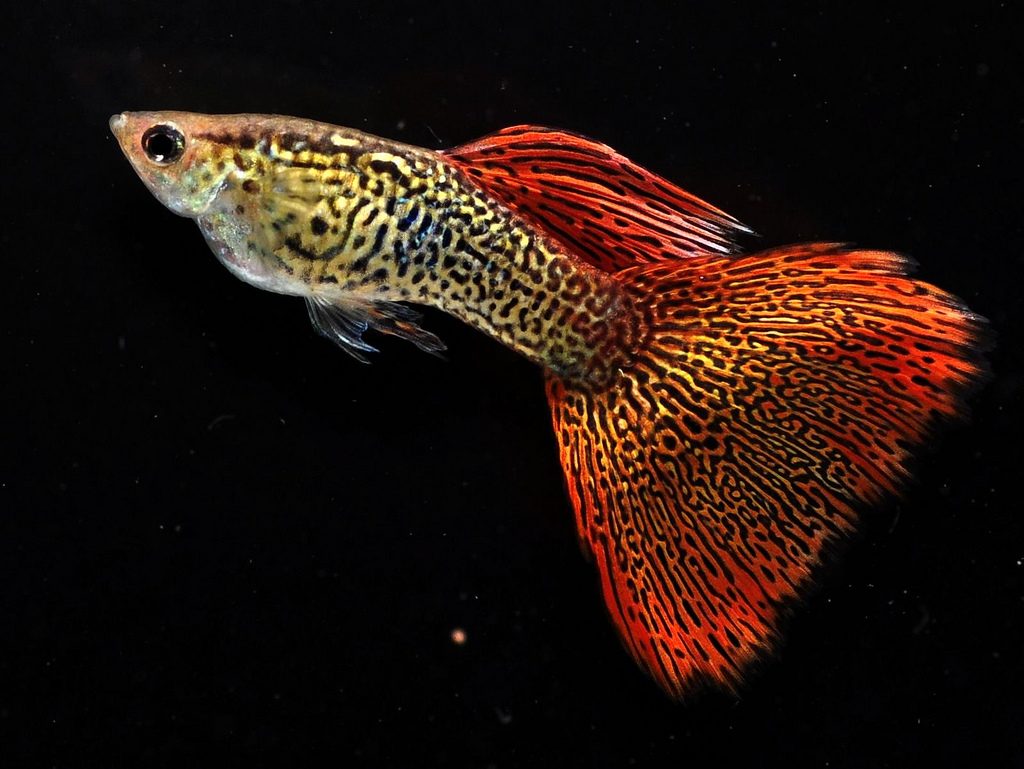 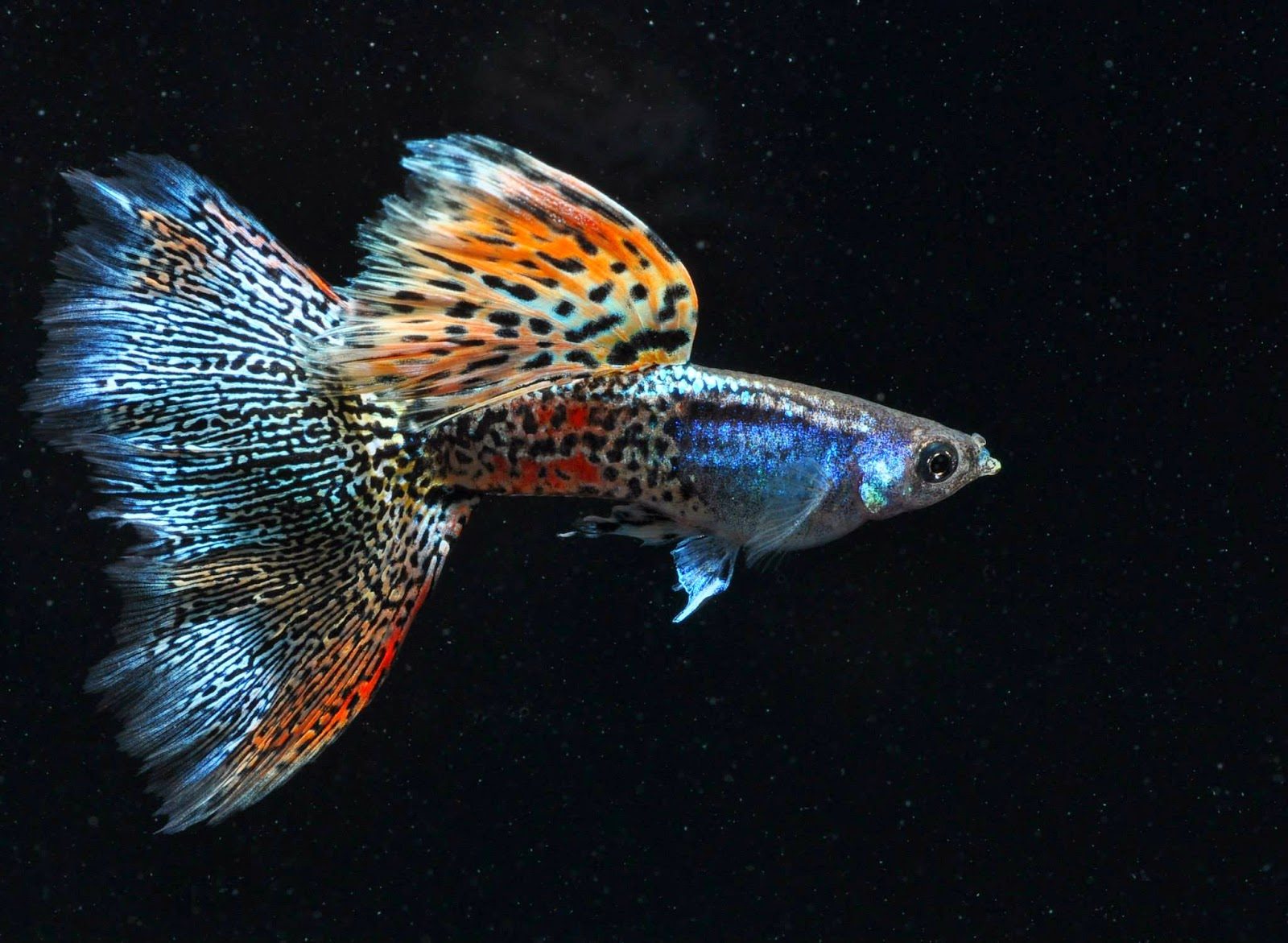 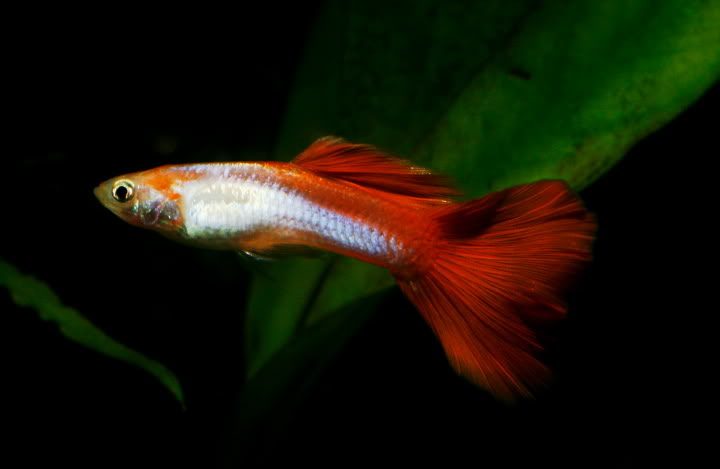 The fancy guppy (Poecilia reticulata) was first described in Venezuela by Wilhelm Peters in 1859. It was reclassified as Lebistes reticulatus by Regan in 1913. Then in 1963, Rosen and Bailey brought it back to its original name, Poecilia reticulata. Now it belongs to the family Poeciliidae under order Cyprinodontiformes of calss Actinopterygii. The genus ‘Poecilia’ is derived from the Greek poikilo meaning variable while the species ‘reticulata’ is derived from the Latin ‘reticulatus’ meaning a network-like pattern.  It is not listed on the IUCN Red list as Threatened Species. 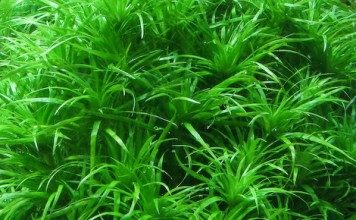 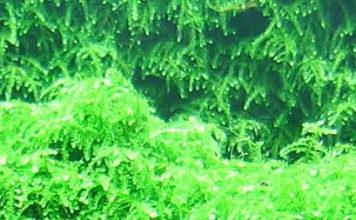 It is omnivore and in wild, it generally feeds on a variety of food including benthic algae and aquatic insect larvae.  In captive condition they eat algae-based flake food, freeze-dried bloodworms, Tubifex, brine shrimp and flakes. It also eats small parts of fresh earthworms and whole parts of bloodworms. They also like to eat some blanched vegetables like courgette, cucumber or lettuce and algae wafers. For optimum health and coloration give them a variety of foods. Feed should be offered 3-4 times a day.

The fancy guppy is a popular aquarium fish due to its brilliant color and triangular caudal fin. It is peaceful and hardy fish that is good for beginners and experienced fish keepers. It requires 10 gallons tank or larger is recommended. The tank should have hard water with a temperature between 78 and 82 °F. It is a very peaceful fish and it should not be kept with fin-nipping species such as tiger barbs, serpae tetras, larger Cichlids including Angelfish and Betta splendens. It does well in a quiet community tank with other livebearers, rasboras, corydoras, small loricariids and tetras. It also does well with Otocinclus catfish, Dwarf Gourami and snail. The tank should have regular water changes of 25%-50% two to three times a month.

It is one of the most popular aquarium fish among the beginners and experienced fish keepers. It has many aquarium bred varieties with an elongated finnage and gaudy coloration. The Guppy is the most commonly available fish in the world with a very modest price. You can buy this fish with modest price from home look below online shop that I would recommend from. 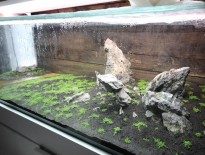 Articles Dry Start Method – How to Do It Yourself 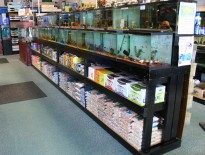