The freshwater Angelfish is the most popular of all the tropical aquarium fish due to their unique shape and interesting personalities which is also known as silver angelfish and common angelfish.  It is native to the Amazon River basin in Peru, Colombia and Brazil along the Ucayali, Solimões and Amazon rivers, rivers of Amapá in Brazil, the Oyapock River in French Guiana and the Essequibo River in Guyana. It inhabits swamps or flooded grounds with dense vegetation, silty and clear water. It prefers water chemistry with pH of 6-7.5, water hardness of 5 – 130 dH and water temperature of 74 to 86 °F. 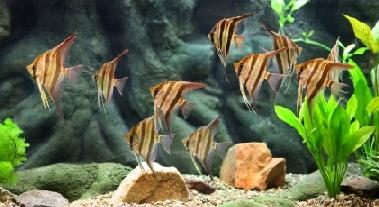 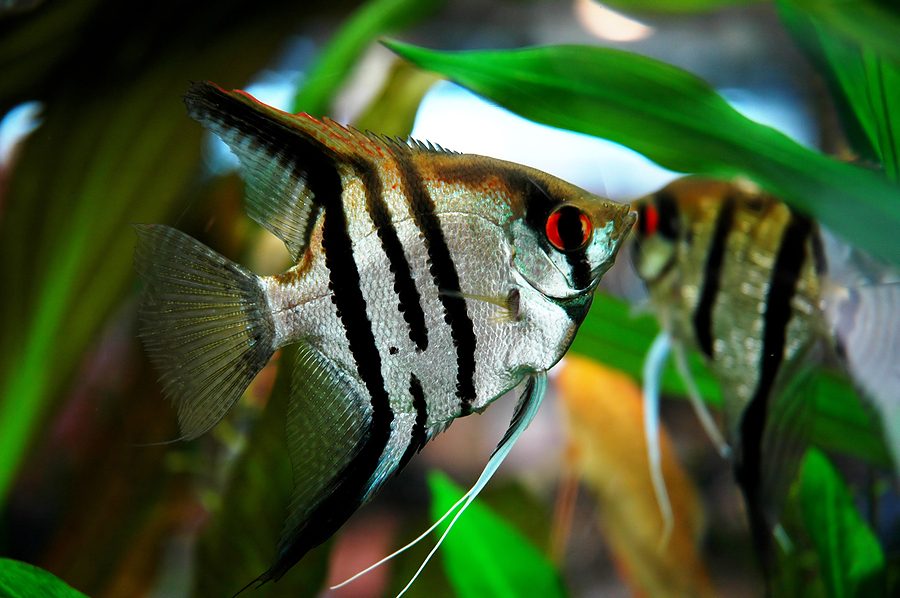 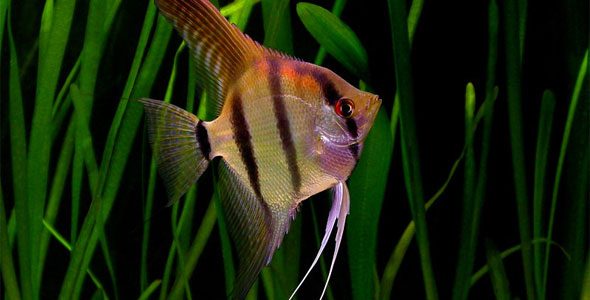 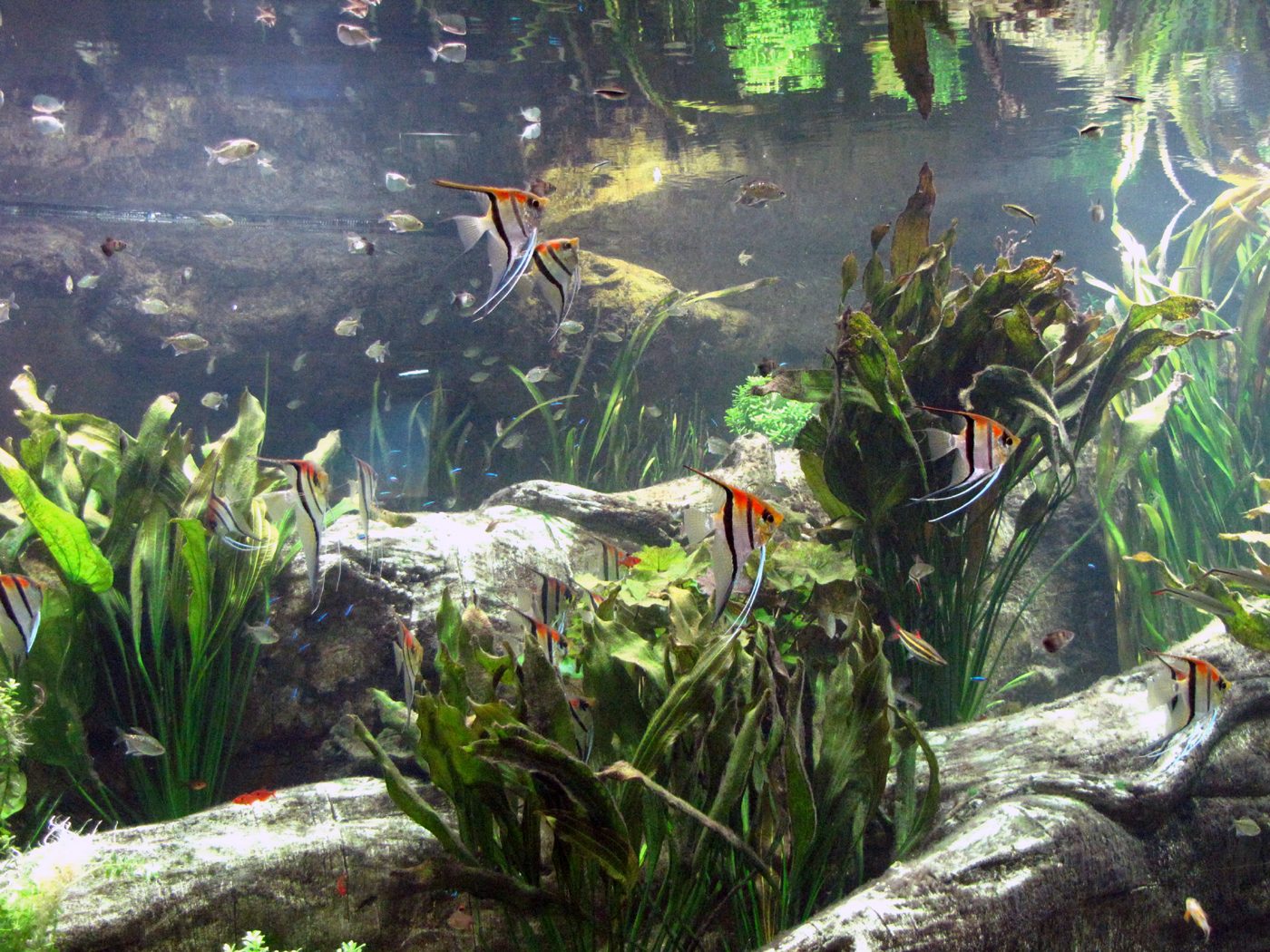 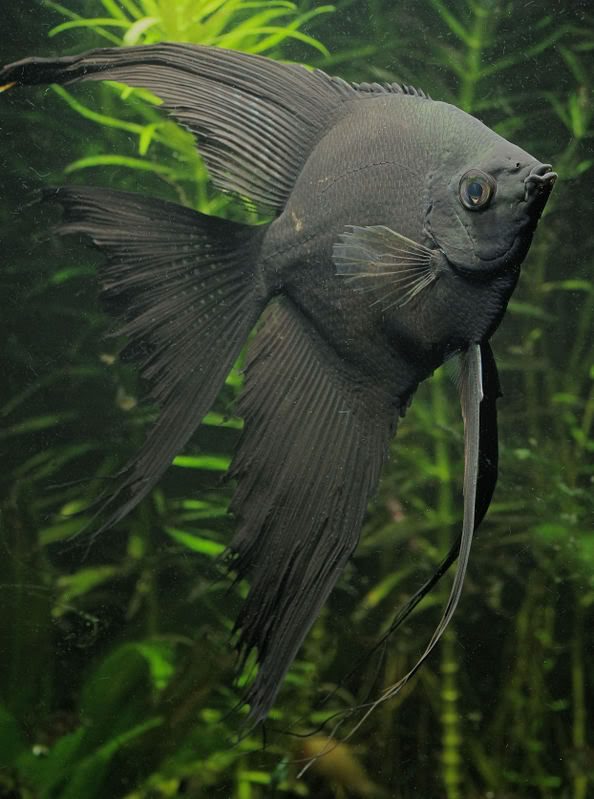 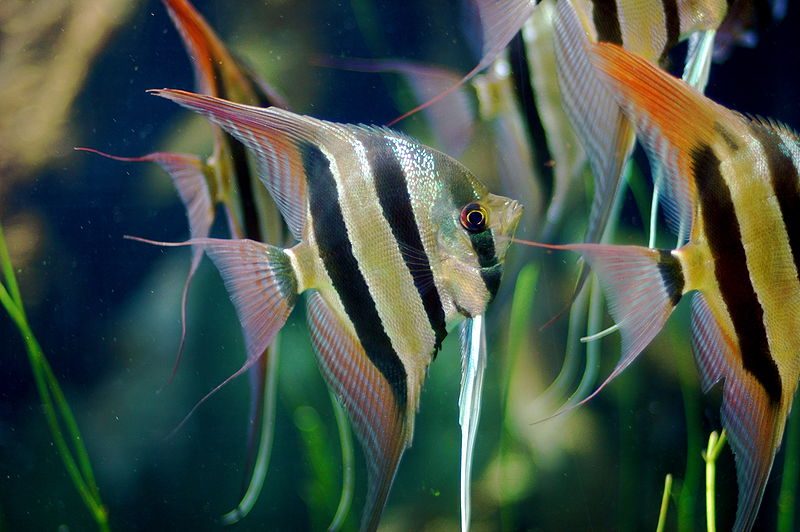 The Freshwater Angelfish is a very distinctive looking and popular fish. It was first described by Liechtenstein in 1823. It belongs to the family Chichlidae under Order Perciformes of Class Actinopterygii. This species is not listed on the IUCN Red List Data Book.

The Freshwater Angelfish has a great demand due to its beauty, reproductive capacity and adaptability to captivity. The common angel fish is one of the most popular of all the tropical aquarium fish. Generally it is peaceful fish and it requires at least 30 gallons tank with live plants, good filtration and plenty of swimming place. They should be kept in groups of 5 or more individuals. Suitable tank mates include Pleco, Blue Gourami, Dwarf Gourami, Larger Tetras, and Bala Shark. They should not be kept with known fin nippers such as Tiger Barbs, other territorial mid-top dwellers such as Gold fish. The ideal pH for this fish is between 6.0 and 7.5, temperature should be around 74 – 86°F with water hardness of 5 to 13° dH. They should also be kept in an aquarium with moderate water flow.

The Pterophyllum scalare is an omnivorous fish and in wild condition, it mainly feeds on smaller fish and invertebrates. In captive condition, it accepts wide ranges of feed that include vitamin enriched flakes, frozen, freeze dried and live foods such as blood worms, brine shrimp. Feed should be supplied once or twice a day but juvenile should be fed two or three times a day.

An angelfish can easily live in an aquarium with good conditions for 10+ years and has been reported to exceeding up to 15 years. This is all depending on the care you take with feeding the angelfish and maintenancing the aquarium that extends their lifespan. Remember to feed your Angelfish live and frozen diet could possibly extend their lifespan immensely. Changing out 10-20% of the aquarium water once a week will also help keep nice stable conditions for your angelfish.

The Angelfish are egg layers and it is easily bred in the right conditions. Both male and female guard the eggs which are attached to the surface of aquatic vegetation in a nest area. In the wild, angelfish spawns on the leaves of Amazon sword plants.  They carefully clean the leaves to prepare the ideal egg-laying site.  The female lays rows of translucent, light amber-colored eggs.  In captive condition, the angels lay their eggs on the filter tube or tank wall or on vertical surfaces such as slate, broad-leaved plants or even the aquarium glass. To condition breeding pair, feed them three to four times per day on small quantities of food. Traditionally it has been suggested to feed a diet of flake, frozen and live food. The eggs hatch in approximately about 60 hrs that depends on the water temperature. After 5 to 6 days, the fry becomes free swimming after having finished consuming their egg-sacks. After a few weeks the fry should be fed with finely crushed flake food alongside the brine shrimp.

This Freshwater Angelfish is one of the most popular fish in the aquarium trade due to its characteristic shape, broad range of colors and patterns available.  They are highly demandable fish and they are available in a number of color forms including black, gold and koi strains, standard silver. Many local fish farms produce these fish to make supply available. To buy your favorite fish, look below online vendor that I would recommend from.

I always get this question “where can i buy some Koi Angelfish?” or “I’m looking for Koi Angelfish for sale” where fish stores or LPS might not have them. First off, If you do have a local fish store near you – I highly suggest requesting for your Koi Angelfish. Why? It will typically be cheaper as well as help your local fish store. They get shipments in weekly and all they have to do is add more quota to their livestock.

If there isn’t a local fish store or they can’t accommodate you (sometimes they can’t get fish in) Then here are some places online that have Koi Angelfish for sale. 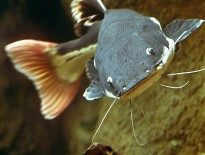