The White Cloud Mountain minnow is a popular freshwater aquarium fish among the pet fish lovers due to their brightly color and personalities. It is also known as Minnow, Chinese Danio, Canton Danio, White Cloud and White Cloud Mountain Fish.  It is native to China and inhabits clear, slow-moving brooks with thick vegetation. In Chinese it is known as táng yu, Guǎngdōng xìjì, or pānshì xìjì. It is peaceful fish and prefers to form school with their own kind and other small peaceful fish.

The White Cloud Mountain minnow (Tanichthys albonubes) was described by Lin in 1932.  This species was first found on White Cloud Mountain in Guangzhou City, Guangdong Province, South China. It belongs to the family Cyprinidae under order Cypriniformes of class Actinopterygii.  The genus ‘Tanichthys’ is derived from the name of the Chinese Boy Scout leader, Tan Kan Fei  who collected the specimen first while the  species ‘albonubes’ is derived from the Latin ‘albus’ meaning white and ‘nubes, meaning cloud. This species is considered as Data Deficient (DD) on IUCN Red Data Book. 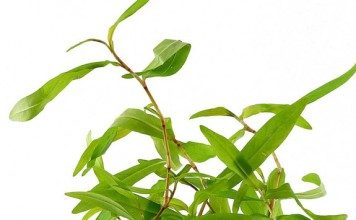 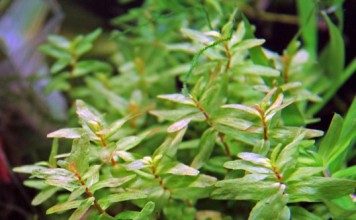 It is an omnivorous and in wild condition it feeds on small insects, worms, crustaceans and other zooplankton and plant matters. In captivity it accepts all types of food including live or frozen like bloodworms, Tubifex, mosquito larvae, brine shrimp, Daphnia, crisps and flake food. To keep your fish healthy feed them a good variety of dry and frozen foods including some live foods. It is good to feed them 2-3 times daily.

The Golden White Cloud is a peaceful fish and it needs 10 gallons tank with lots of space for swimming.  The tank should be decorated with some floating plants, driftwood roots or branches and leaf litter. They prefer good water quality with pH of 6.0-8.0, hardness of 5-20 dGH and temperature that should be maintained between 64 and 720F.  The tank should have a lid as this species is skilled jumper.  The White Cloud is a peaceful schooling fish and it should be kept in a group of at least five or more individuals. Suitable tank mates include Siamese fighting fish, Guppies, Endlers Guppies, Pristella Tetras, Rummy Nose Tetras, Harlequin Rasboras, Scissortail Rasboras, Lemon Tetras, Black Widow Tetras, Emperor Tetras, Head and Tail Light Tetras, Glass Bloodfin Tetras, Swordtails, Platies, Mollies, Zebra Danios, Glowlight Tetras and Cherry Barbs as well as the Corydoras catfish etc. It should not be kept with any aggressive or larger fish. Tank water should be replaced every other week if the tank is densely stocked. In this case 25-50% water should be changed to keep your fish healthy.

White Cloud minnow is an egg layer and it can easily breed in aquarium condition with proper care. The breeding tank should be decorated with clumps of plants or spawning mop to deposit their eggs. During spawning the water should be soft with pH of 6.0-8.0, hardness of 5-20 dGH and water temperature of 64-720F. The breeding tanks should have gentle filtration and in this case sponge filters are suggested. Before spawning, the parent must be conditioned with live foods such as brine shrimp, Daphnia, bloodworms etc.  The sexually mature female lays eggs several times a year during the period from March to October among the plants. After spawning the parent must be removed from the breeding tank to prevent them from eating the eggs. The eggs hatch within 48 to 60 hours. The fry become free swimming within few days and it should be fed with small live foods such as newly hatched brine shrimp.

There has been several cases of White Cloud Mountain Minnows of eating plant vegetation inside an aquarium. This may be due to a nutrient deficiency in their diet or might be because of weaker or dying plant matter. One case over at The Planted Tank Forums might have been due to higher temperatures than the White Cloud Mountain Minnows are used to. If you experience any plant nibblers from your White Clouds, please let us know about your case.

The white cloud mountain minnow is very popular among the both beginners and experienced fish lovers due to their hardiness and brilliant color patterns.  It is readily available in local and online pet shops with reasonable price. It is sold in the aquarium trade under a variety of names including White Cloud, White Cloud Mountain fish, White Cloud minnow etc. To purchase your gorgeous fish, look below online vendor and ask them details about fish that I would recommend from. 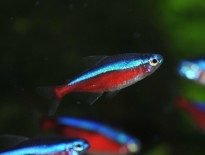 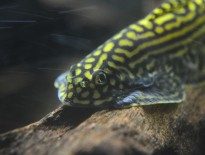