The Yoyo Loach is a very handsome freshwater aquarium fish which is also known as Almorha loach, Pakistani loach, Reticulated loach etc. It is found in India, Bangladesh and Pakistan. It inhabits still and slow running waters with rocky substrates. Adults inhabit calm water pools of highland streams while the juveniles are usually found in lowland waters. It prefers slightly acidic water with pH of 6.5-7.5, hardness of 3 – 10 dGH and temperature of 75-820F.

It has elongated and laterally compressed body with forked caudal fin. The body is gray or silver in color with many vertical and oblique dark stripes which are scattered along the back and sides. Dark oval spots or blotches can also be seen between the bands. The fins are translucent and are marked with the same stripes as found on the body. Dorsal or back side is convex in shape while the belly area is fairly straight. The mouth is surrounded with four pairs of barbells. It is omnivorous and in nature its diet comprises aquatic Molluscs, insects, worms and other invertebrates. In captive condition they accept flake food, freeze dried food and both live and frozen food such as bloodworm, Tubifex, Artemia, mosquito larvae, Daphnia, Mysis Shrimp, chopped cocktail shrimp etc. It also accepts fresh fruit and vegetables such as cucumber, melon, blanched spinach or courgette. It can grow up to 15.49 cm in length and can live for 20 years or more.

Lifespan:  up to 20 years with proper care 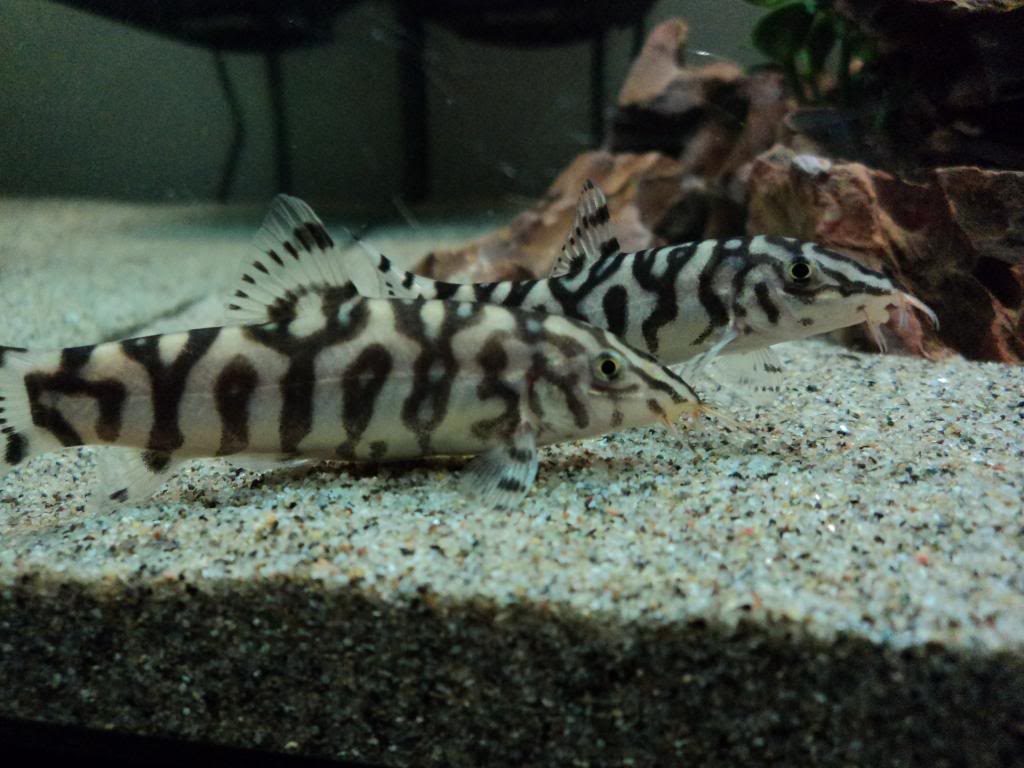 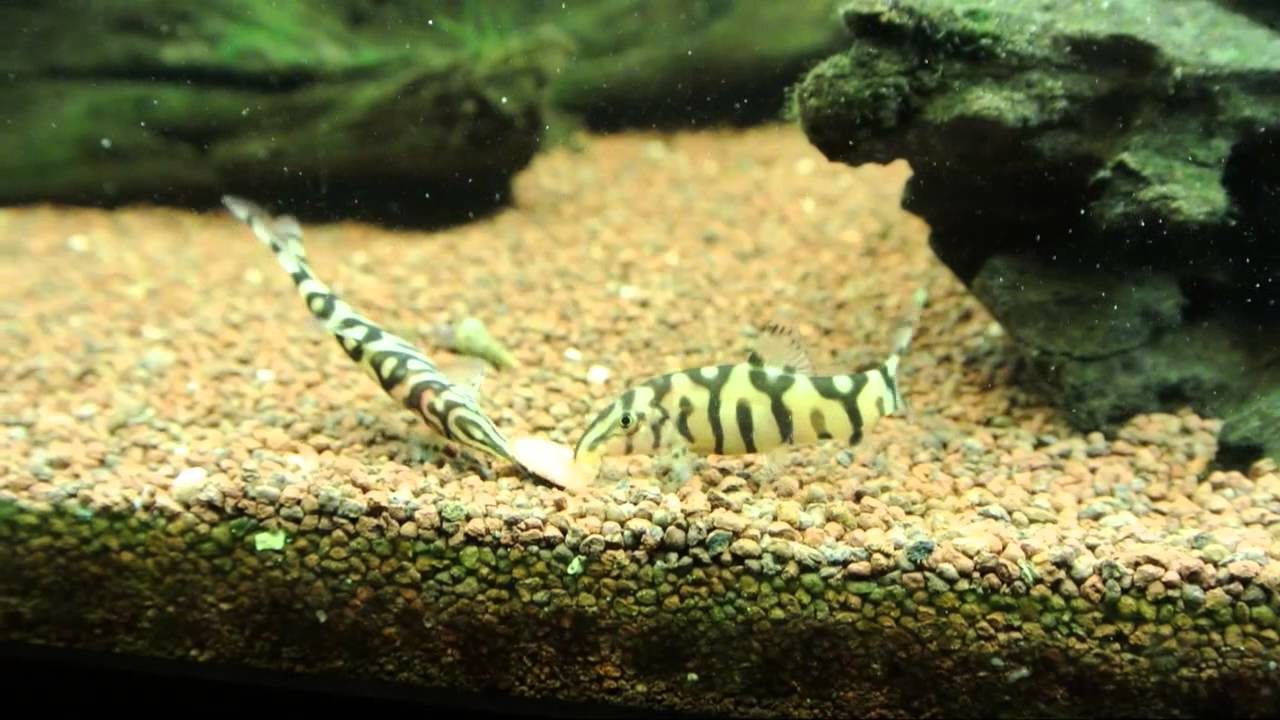 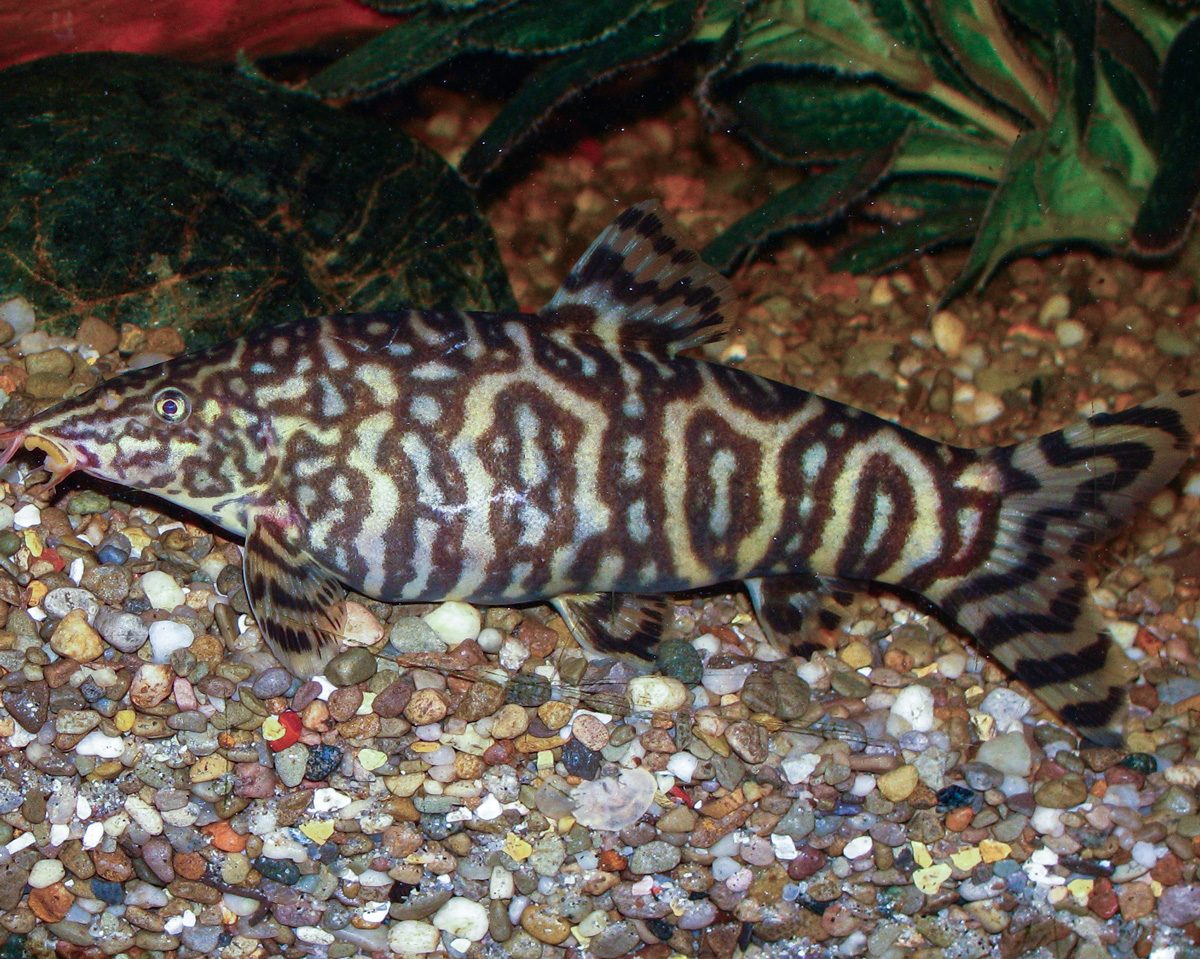 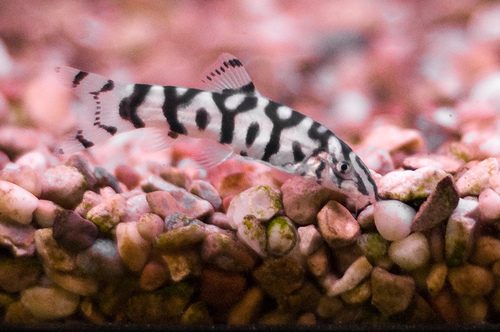 The Yoyo Loach (Botia almorhae) was described by Narayan Rao in 1920. It belongs to the family Cobitidae under order Cypriniformes of Class Actinopterygii. It has dark and pale patterns on body which often can be seen to spell ‘yoyo’ hence the common name yoyo loach. The genus ‘Botia’ is derived from an Asian word for soldier or warrior while the species name ‘almorhae’ is obtained from Almora district in Uttarakhand, India. This species is listed on the IUCN Red List as Least Concern (LC). At present this species is facing some potential threats due to habitat destruction and over fishing for the ornamental trade.

The Yoyo Loach is omnivorous and in nature its diet comprises aquatic Molluscs, insects, worms and other invertebrates. In captive condition they accept flake food, freeze dried food and both live and frozen food such as bloodworm, Tubifex, Artemia, mosquito larvae, Daphnia, Mysis Shrimp, chopped cocktail shrimp etc. It also accepts fresh fruit and vegetables such as cucumber, melon, blanched spinach, or courgette. Feed should be offered 2-3 times a day.

Enter your e-mail in today and periodic updates of new and interesting articles about everything freshwater.

It is a peaceful fish and can live in almost every aquarium. They do best in medium to large planted aquariums with a sandy substrate. The substrate needs to be a fine smooth gravel or sand that does not have sharp edges. The tank should have ample hiding places for this shy fish such as rocks, caves and roots. They do best in soft, slightly acidic water with pH of 6.5-7.5, hardness of 3 – 10 dGH and with subdued lighting. The water temperature of the tank should be ranged from 750F to 820 F.  They also need good water movement that provides plenty of oxygenation. Nitrates should be kept below 10ppm, which can be achieved from live plants such as crypts, Anubias and java fern and regular weekly partial water changes should also be done to make your fish healthy. It is a community fish and should be kept in groups of 6 or more of their own kind. More suitable tank mates include peaceful, open water-dwelling cyprinids such as all barbs, rasbora, all danios, all kinds of Gouramis, Redtail Shark or Rainbow Shark, all Rainbows and other loach species. Long-finned upper fish should be avoided to prevent fin nipping. The tank should also have tied cover as this fish is a great jumper.

It rarely breeds in a home aquarium.  In the wild the mature female lays eggs on the substrate.  The parents do not look after their babies.  Spawning occurs during the rainy season. In aquarium, before spawning the parents should be conditioned with mainly vegetable food. The breeding tank should have water chemistry with pH of 7.0, hardness of 11 dGH with temperature of 820F. The female lays 3000-5000 eggs of about 2-2.5 mm diameter. The eggs hatch in 16-18 hours. The fry grow 1.0-1.5 cm in length after one month.  The free swimming fry must be fed with baby brine shrimp or any of the other commercially available fry foods.  After about two weeks they become large enough to accept powdered flake food and begin to grow very quickly. The Yoyo Loach is bred on a large scale commercially by the injection of hormones in Florida and other places of USA.

It is difficult to make differences between male and female. But sexually mature females are normally fuller-bodied than males. Males exhibit more reddish pigment on and around their mouth and barbells. It is said that females exhibit three irregular Y-shaped bands on their body while the head of the males are reticulated gray. The snout of the female is generally longer than males.

The Yoyo Loach is very cute, energetic and hardy fish. It is a generally peaceful, robust loach and is usually available at pet stores and online and is moderately priced. Check out below for where I recommend to buy Yoyo Loaches. 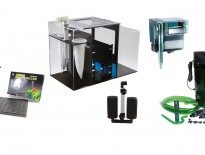 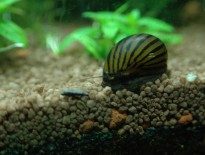