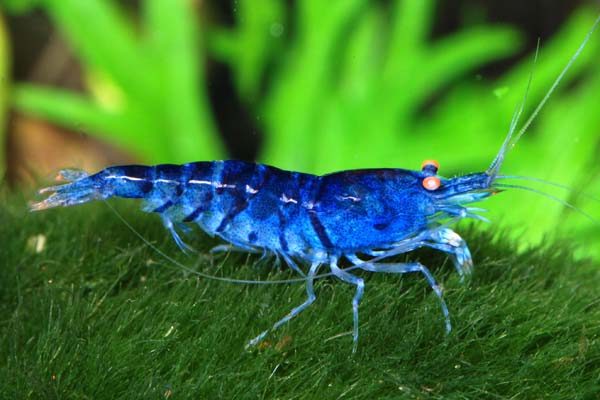 Blue Tigers have vertical black stripes (identical to the Tiger Shrimp) and as noted above a blue color that ranges from extremely dark blue (almost black) to the blonde. Baby Blue Tigers look like regular tigers but as the shrimp raise their blue color will develop and grow darker as the shrimp matures. Blue Tigers that start developing their color when they are smaller usually are a darker blue as adults comparatively to the individuals that start developing their color later.

Feeding the Blue Tiger Shrimp is also pretty easy but due to the expensive and delicate nature of this species some breeders feed specialized foods. They eat anything from zucchini, blanched spinach, and algae wafers. Shrimp Feeding is best done once a day. Only feed an amount of food that the shrimp can easily finish within 2-3 hours maximum. It is not sensible to feed in excess and have food sitting for too long. Overfeeding is also a known cause of death and can also cause various water quality issues. You must remember that the shrimp are scavengers in the wild. They will eat whatever they find and are not used to a steady food source 24/7. Not feeding for one or two days is fine and will not hurt this species at all. Some people also don’t feed them for a couple of days so as to let the shrimp cleanse their systems and keep the water dirt free and hygienic at the same time. 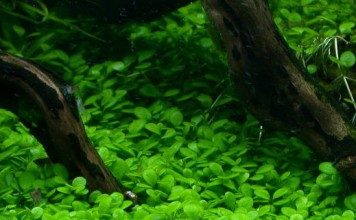 Sexing the Blue Tiger Shrimp is extremely easy. Females are easy to recognize as they are larger and also have a curved underbelly. As far as, differing of the intensity of the blue coloration, it is believed that the females will be somewhat darker than that of the males. However, some people believe that the dissimilarity in coloration is not enough to truly sex this species. Instead look for size difference and more importantly the underbelly. The saddle of a female Blue Tiger Shrimp may be virtually impossible to see because of the dark blue coloration.

Blue Tiger Shrimp are a bit harder to find than the tiger shrimp or super tiger shrimp. But If you like the color variation, they are one of the more unique mutations to buy. You can usually find Blue Tiger Shrimp in forums or online vendors. Check out the recommended vendor below that sell these bright blue guys!