The Red Cherry Shrimp, which is also known scientifically as Neocaridina Heteropoda var. Red, is a type of shrimp that originated from Taiwan. In natural environments the Neocaridina Heteropoda are usually brownish green or translucent. They have developed a variant of red due to being bred inside aquariums over the years. They are herbivores and graze on algae from surfaces.

There are a number of grades for Red Cherry Shrimp. This comes from selective breeding which causes distinct color in the offspring. In the aquarium world, higher grades are difficult to achieve and since they are more sought, they are equally more valuable. Visit what grade is my red Cherry shrimp for more on grading.

Red Cherry shrimp are small and this makes them vulnerable to many predators except other herbivores. As far as it can fit in another animal’s mouth, it automatically becomes its prey. There are proven cases and also from my own experience that shrimp can live together with other fauna. This will depend greatly on the number and aggression of the other predators as well as the size of the aquarium. With these factors in consideration, you can house the predators together with the prey. In this case however shrimp activity will be bare minimum and their survival instincts in check. The probability of the offspring maturing will also be very minimal. Visit hiding spots in an aquarim and know how best to house your red shrimp when introducing it to a hostile environment. 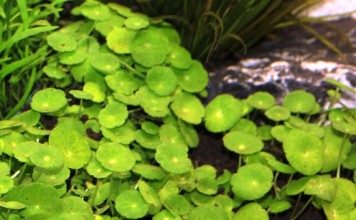 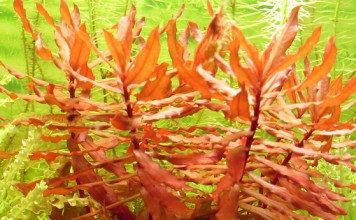 They consume lots and lots of algae. In the aquarium world, Red Cherry Shrimp are known for being the second hungriest shrimp after the Amano shrimp.  Neocaridina Heteropoda will not need much additives especially in a well-established aquarium. They have been noted to feed typically on everything available apart from green dust algae and some few others. Red Cherry also feeds on its own exoskeleton, molted shell, dead fish/inverts and live worms.

To start with Red Cherry Shrimp breeding is probably one of the simplest. They only have a few conditions to be met for breeding to take place some of which can even be fudged a bit. To get started in breeding up a colony of them you only need a minimum of 10 gallons and a few Cherry Shrimp. Female Neocaridina Heteropoda will then begin to lay eggs under her saddle back. The females then release pheromones to notify the males for fertilization. With the scent of pheromones in the water the male Cherry Shrimp becomes very active and starts the mating process. The females then carries the fertilized eggs after mating is over onto her little fins until they are hatched.  The female Neocaridina Heteropoda lays around 20-30 eggs in each reproduction session. The eggs hatch in approximately 2-3 weeks to become shrimp fry which hides in the moss feeding on microorganisms during their early stage.

There is a big difference between the male and female Red Cherry shrimp in terms of color and size. The female Cherry shrimp are brighter in color and are larger compared to the males. The females also have a saddle style on the back which is essential in holding the eggs during their development. You can also distinguish them by tails; females tend to have thicker tails than the males.

Red Cherry shrimps are available in most large pet stores around the world. Their cost greatly depends on the grade but mostly they sell for about $2 per. Some ghost shrimp can also be mistaken to be the low grade male Neocaridina Heteropoda. This is because the two are translucent to an extent that one can only see tiny red veins. You can also buy online from: