The Super Tiger Shrimp is a wild species found in china and possibly in other Asian countries too. Their price was initially high due to their infrequency when they were being introduced to the hobby. However, this has changed and their price has fallen drastically owing to their ease in breeding.

The water conditions required by the Super Tiger Shrimp are basically the same as those of the other Tiger Shrimp species. A pH around 6.5-7.5 is suitable and this species favors softwater. Clean water is vital for this shrimp as it is for the other shrimp. The best temperature for this species from my experience should be maintained around 74-78f and this will do a lot of good to the shrimp. As long as the water conditions are set up properly and the water is clean, Super Tiger Shrimp will breed. 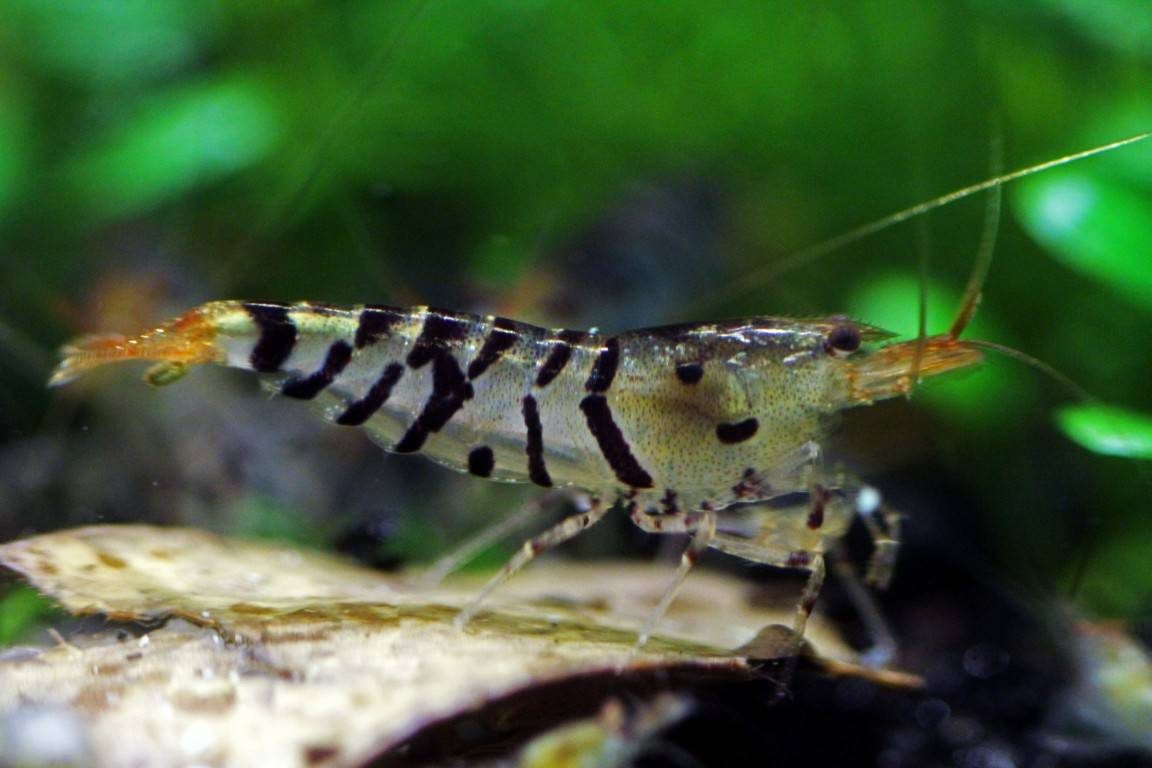 It’s pretty easy to feed Supper Tiger Shrimp. They feed on everything from algae wafers, blanched spinach, zucchini and any other food specially made for them. It’s advisable that you feed the shrimp once a day. Feed the shrimp with just enough food that they will finish in a maximum of 2-3 hours. It is highly discouraged for one to overfeed the shrimp since if the food sits for too long in the water it may cause serious water quality issues. Overfeeding is also a well-known cause of shrimp death. Keeping in mind that Tiger shrimp are scavengers in the wild, it is sometimes wise not to feed the shrimp for a day or two to allow them cleanse their system and at the same time keep the water free from dirt.

Just like many other shrimp species Tiger Shrimp will reproduce enormously around the clock as long as they are kept happy and healthy. The aquarium should be kept clean and free from other contaminants to ensure that the shrimp is indeed contented. Every adult female Tiger Shrimp carries roughly 20-25 hatchlings and will do so continually as long as it is healthy.  Once the eggs are hatched the female Super Tiger Shrimp will take a maximum of a week to possess eggs once more. Breeding this species is pretty easy and I believe whatsoever that it is as easy as breeding Red Cherry Shrimp.